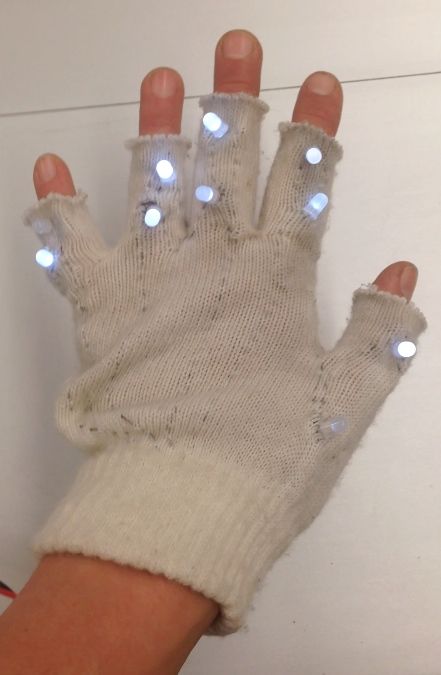 This is a minimalistic design for a proximity sensor glove: a light-up glove that dims in brightness when an object, or person, is close to the sensor. This project costs less than $10, although it does take some time to build (1 – 2 hrs).

This is also a modular design, meaning that it is easily customizable and can be used in other projects.

Here’s a video showing the glove in action. 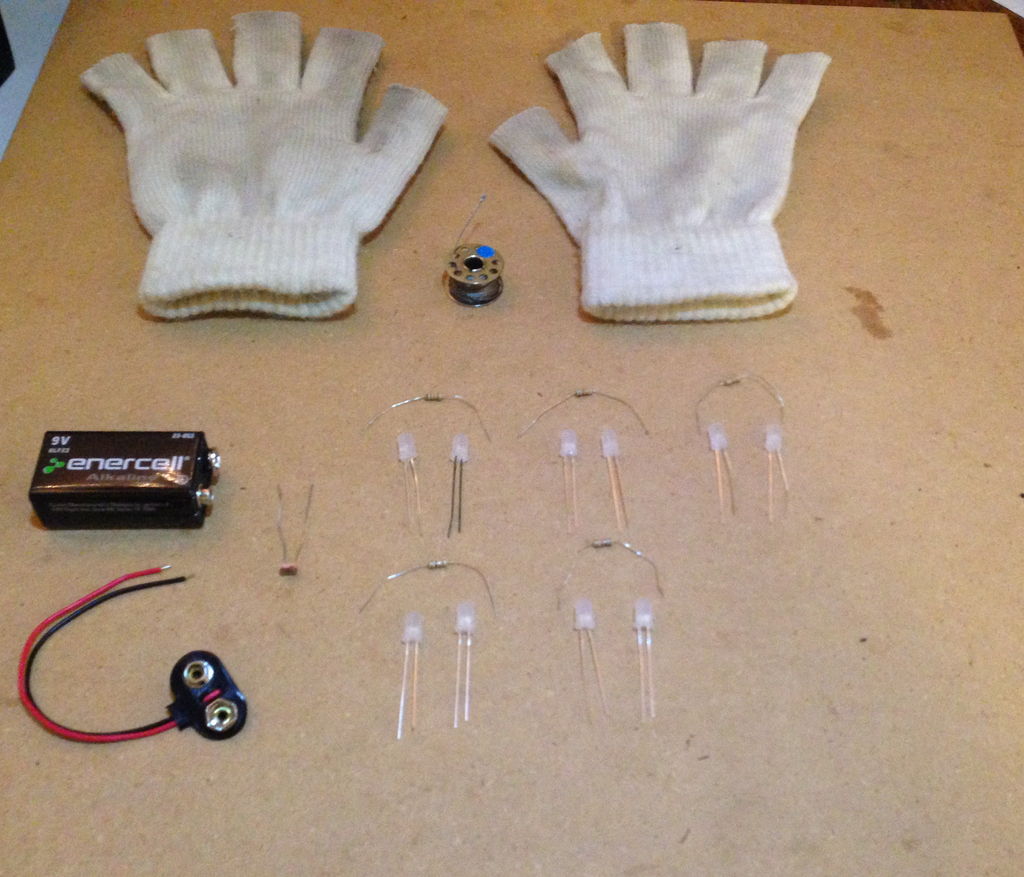 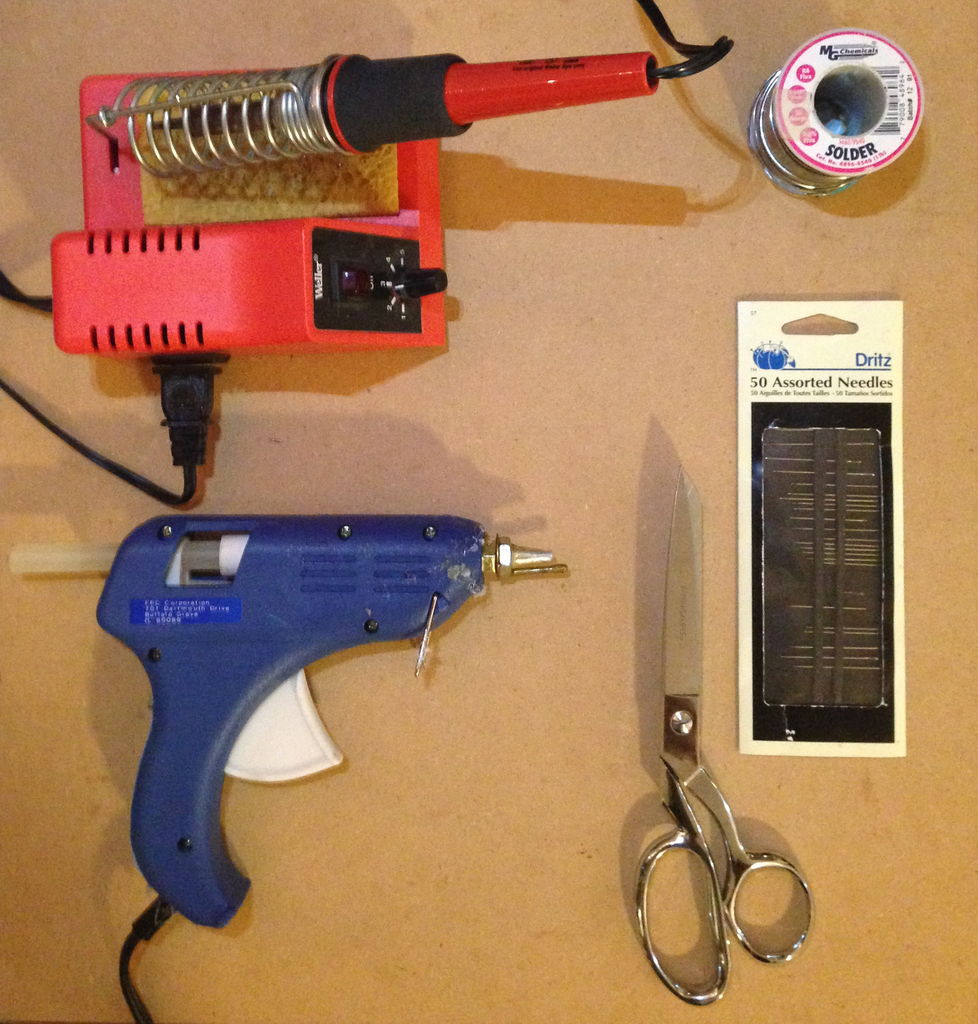 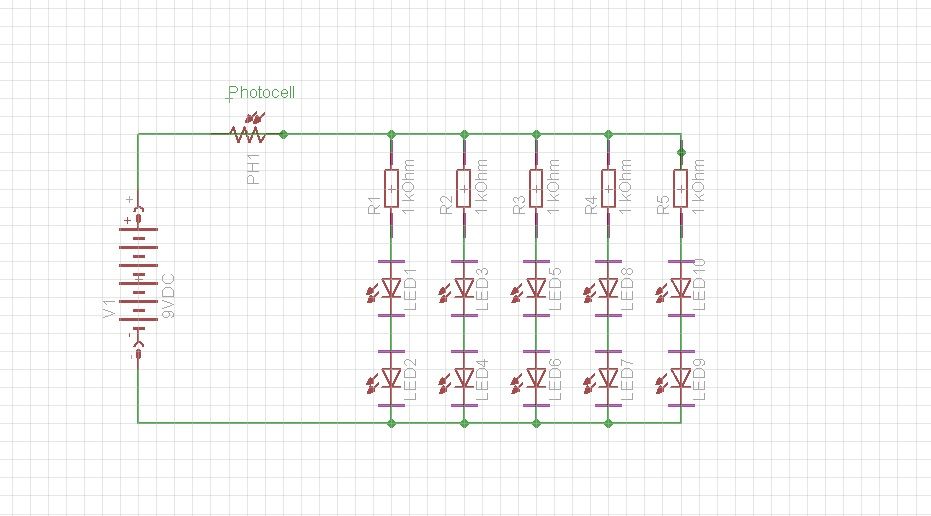 If a breadboard is available, use it to test the circuit. 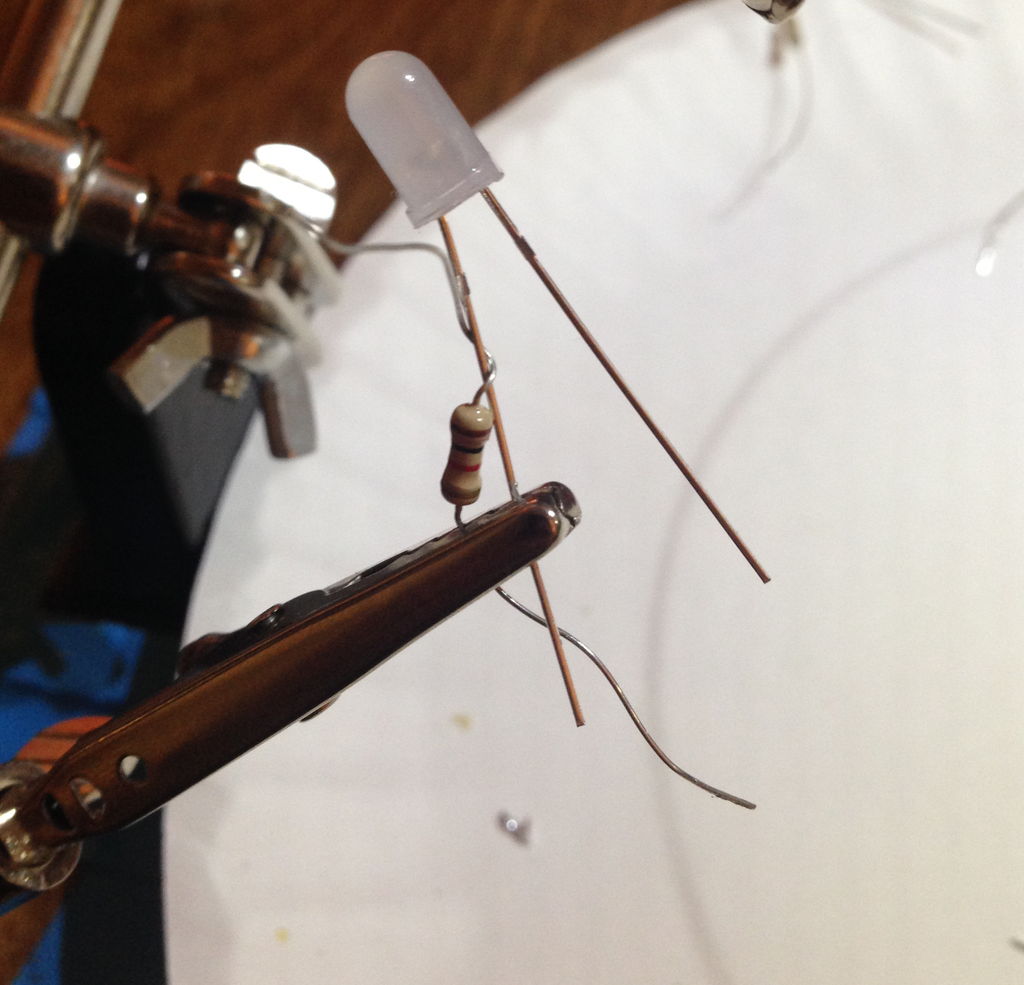 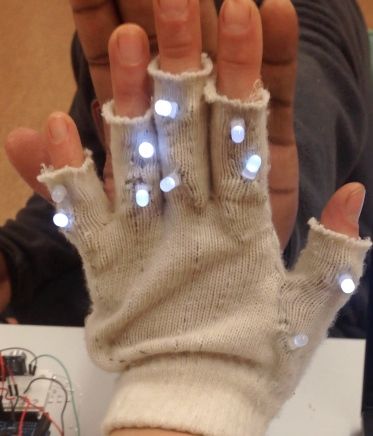 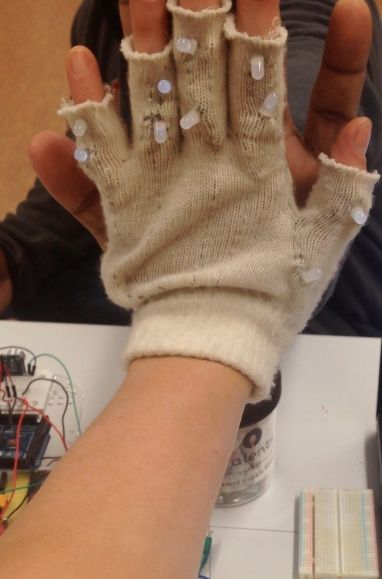 Be sure to test your design BEFORE you wear it because if there are shorts in the conductive thread it will probably catch fire. So, please be careful and be sure that the positive and negative sides of the circuit do not touch.

The connections can be a bit finicky. Be patient and check the electrical connections w/ the battery or a multimeter (if you use a battery, be careful to avoid shorting the circuit). Fix and add more hot glue as necessary.
Once you know it works, put on the glove(s) and impress your friends!
Happy hacking!