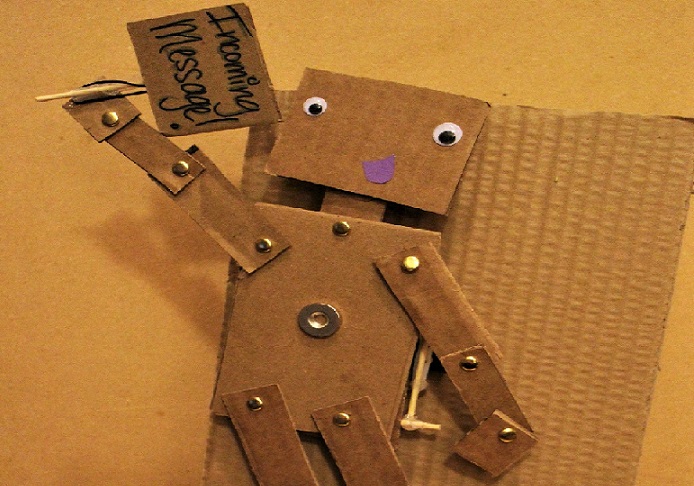 Nearly all of our wireless communication is done using radio waves*, including phone calls, text messages, and WiFi. With its built-in radio transmitters and receivers, the Micro:Bit microcontroller makes it super easy to build all sorts of projects with radio communication.

This particular project is a simple & quick way to send text messages between two Micro:Bit** microcontrollers – the sender writes a (short) message that is transmitted via radio to the receiving Micro:Bit, which shakes a lil’ puppet using a servo motor, and then displays the message on the Micro:Bit LED screen. Each Micro:Bit can be both a sender and receiver.

**A huge THANK YOU to Adafruit for donating the Micro:Bit microcontrollers used in this project for educational purposes! yayy thank you for supporting this educational endeavor!! 😀 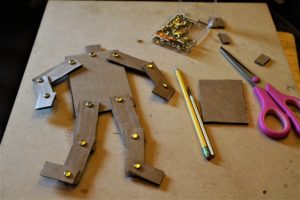 Step 1: Build a cardboard puppet like the one shown in the photo or create your own! Use the paper fasteners to make joints. 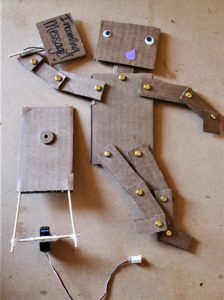 Step 2: Build a mounting system to attach the puppet to the servo with skewers and cardboard.

I used a magnet to attach the puppet to the servo mounting system because magnets are awesome, but you can also use glue, tape, velcro, or a variety of other adhesives!

Step 3: Build a stand for the puppet. 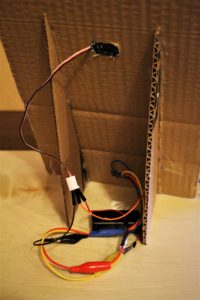 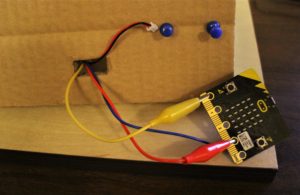 Use the Make Code Micro:Bit website to program each Micro:Bit. As this is intended as a beginner project, the whole system can be built using the block-based programming language, although adaptations are encouraged and appreciated!

If there is more than one pair of Micro:Bits in the room (i.e. in a classroom setting), remember to set different radio group numbers for each pair. 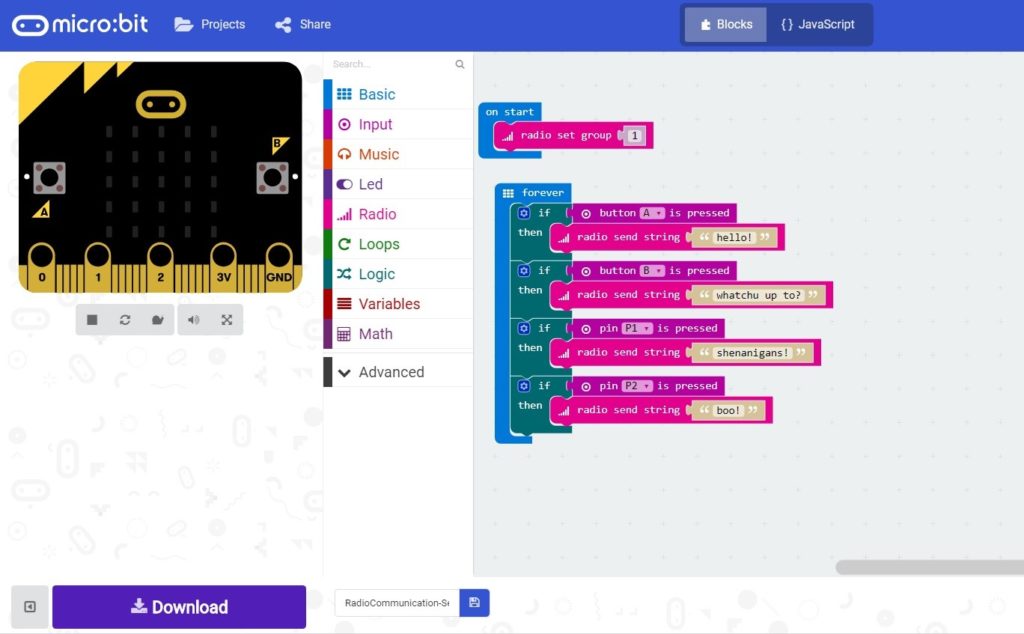 The sender sends a (short) text based on user inputs over radio, like the example above. Pretty simple!

The receiver moves the servo when an incoming text is received, then scrolls the message text on the LED screen, like in the example below.

Press the reset button to stop sending/receiving the incoming message. 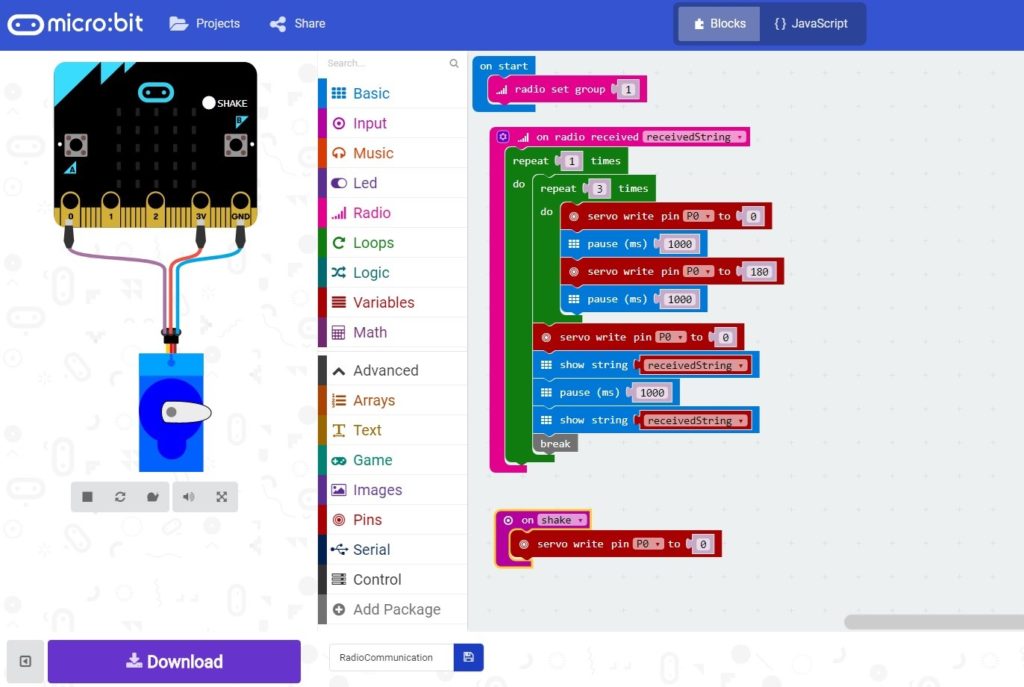 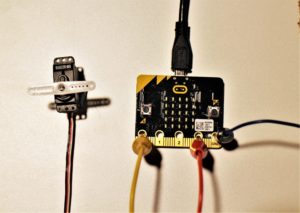 Send all the Messages!

Program both Micro:Bits to be both a sender and a receiver so you can communicate back and forth. Then switch power from the laptop to the battery pack and test out your wireless communication system! When the sender sends a message, the puppet will notify you to check the LED screen so that you can see the incoming message.

How far of a range can you get? Test it out!

There are tons of other extensions to this introductory project, here are some possibilities: