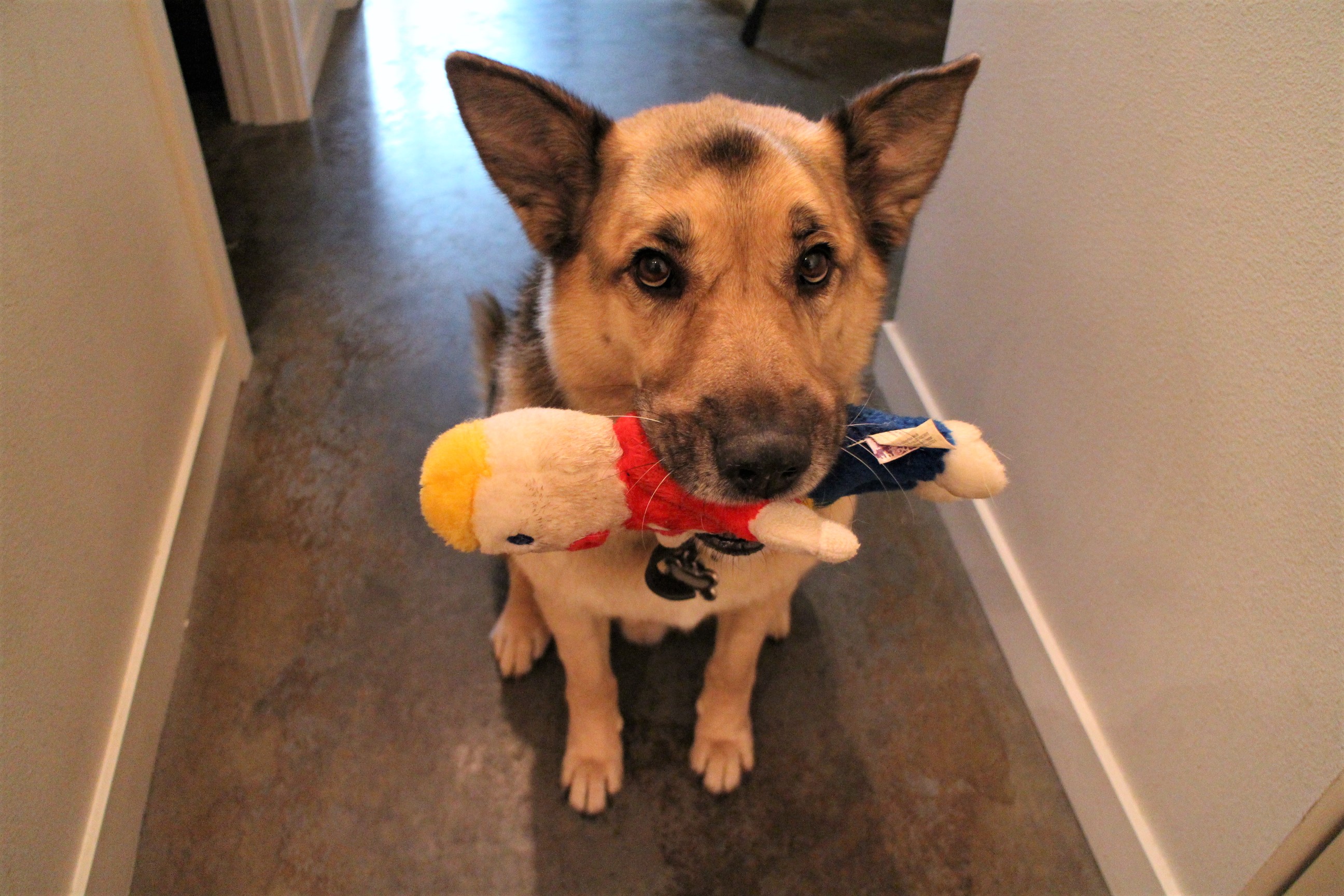 Keep an eye (er, ear) on your beloved bbies while you are away! This project monitors the volume of sound in your home and if your pet gets too anxious and starts barking or making other loud noises, soothe their sad lil’ soul by turning on music or your own (pre-recorded) voice!

This tutorial will show how to build this project using a Raspberry Pi computer to monitor sound in your home (via the Cloud) to see if and when your pet is upset.

Along with the Pi (and speakers), we’ll use the SparkFun MEMS microphone breakout board to measure volume levels and trigger the audio player. Data is uploaded to the CloudMQTT service using the MQTT communication protocol.

Total Build Time: 60 min. (less if you are experienced) 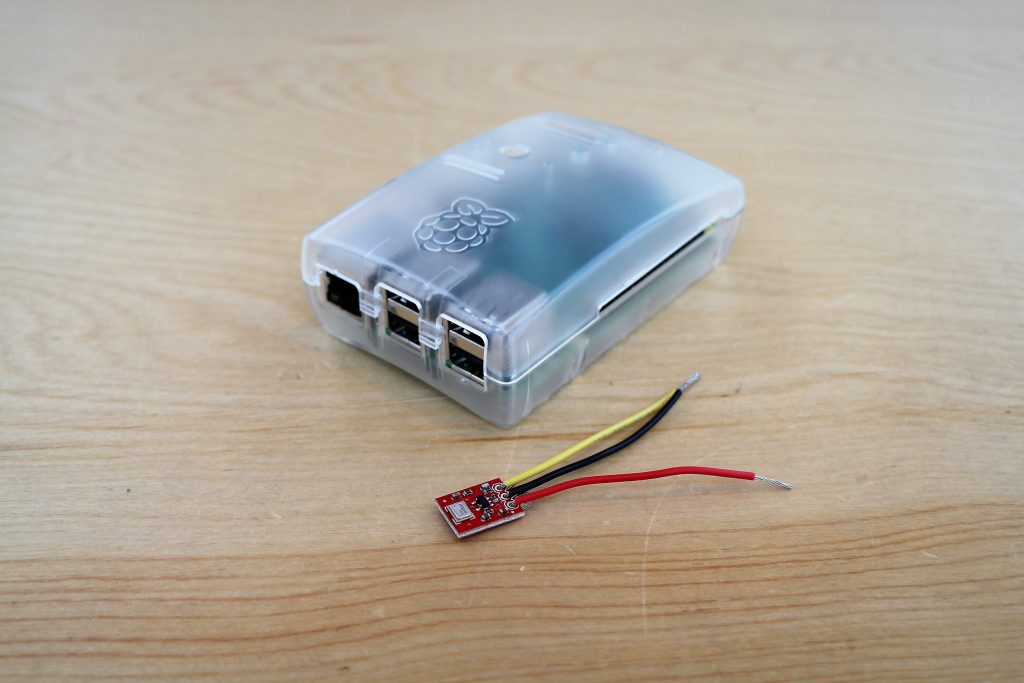 To build this project, you’ll need a fully configured, WiFi-connected Raspberry Pi 3 computer with ​Raspbian OS. It’s also helpful to know some ​Python programming as well as the following things: (1) how to use and control the Raspberry Pi GPIO pins; (2) MQTT communication; and (3) analog sensors. If any of this is unfamiliar, or if you’re just curious (be curious!), check out the tutorials below!

MQTT (Message Query Telemetry Transport) is a popular IoT communication protocol. We’ll use the Paho Client Python library and an MQTT service called ​CloudMQTT. Here’s more about MQTT and how to use it:

The MEMS microphone is an analog microphone, so we’ll need an Analog-to-Digital converter (“ADC”) to read in the analog signal with the Raspberry Pi digital GPIO pins. 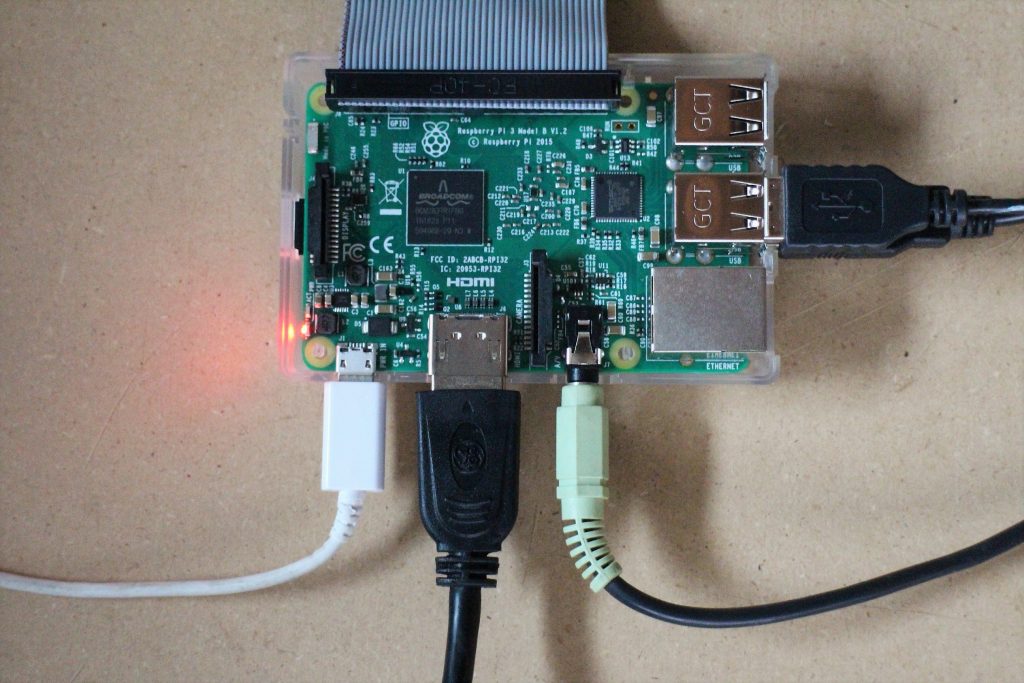 Step 1: Check & Install Updates
Checking for and installing updates is always a good way to start. Run the following commands in the terminal window:

To use the SPI (Serial Port Interface) to read in the MEMS Microphone via the MCP3002, we’ll need the Python Dev Package:

We’ll also need the SPI Interface (may want to create a subfolder to save this in):

Here’s the SPI-Dev Documentation if you run into any issues.

The OMXPlayer is an audio and video player pre-loaded on Raspbian OS. It works with most sound file types, including: .wav, .mp3, and .m4a. This is what we’ll use to play back sounds when Fido gets too loud. The Python library to control the OMXPlayer is included in Raspbian (woo!).

To test the OMXPlayer from the terminal, type the following:

If that doesn’t work, try forcing it over the local audio-out device: 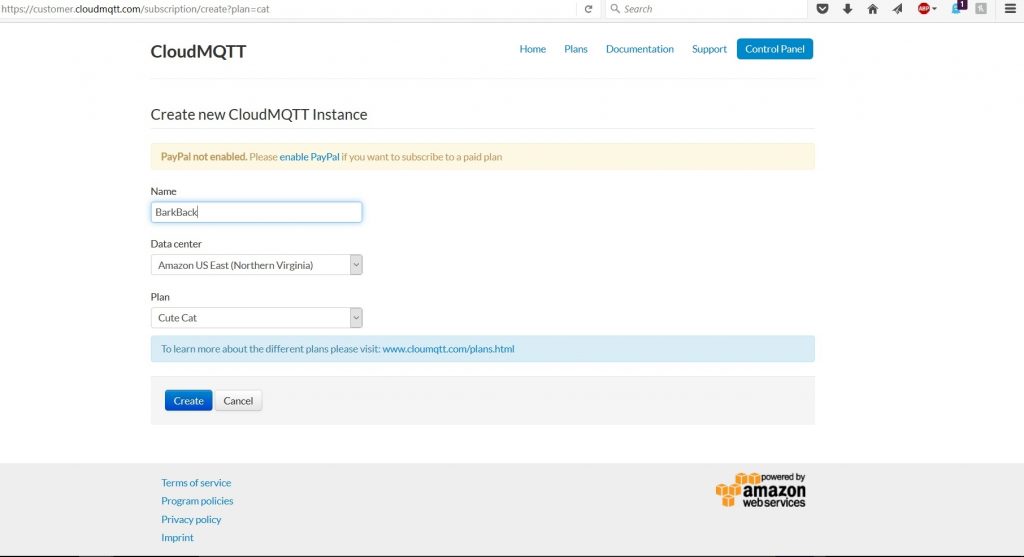 Now we set up an MQTT server! To do this using CloudMQTT, do the following: 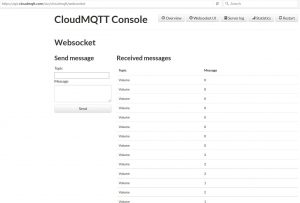 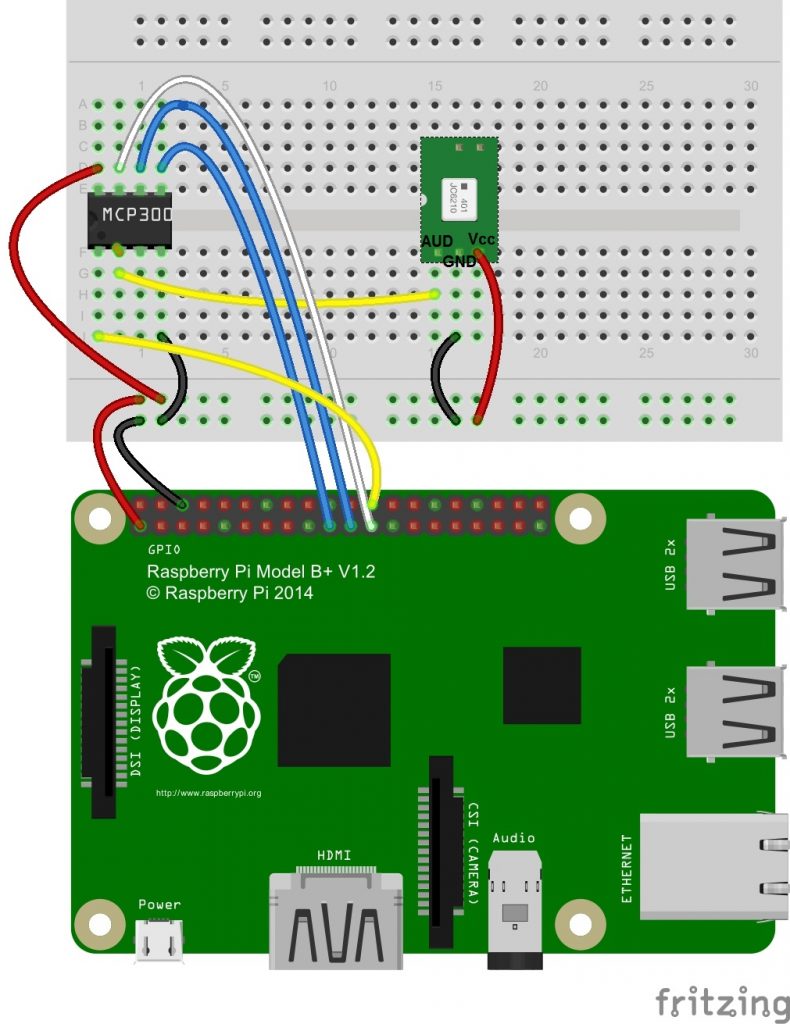 Here’s a pinout for the Raspberry Pi 3: 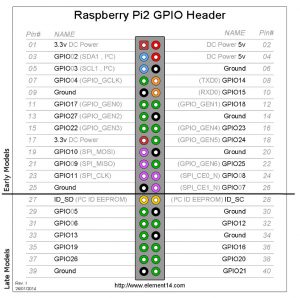 1. Insert MCP3002 pins into breadboard. Here’s a pinout for this board: 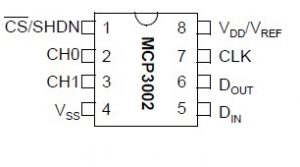 2. Solder wires to the MEMS Microphone breakout board. Connect to MCP3002 and Raspberry Pi.

3. Plug in all the cables for the Raspberry Pi and turn everything on. 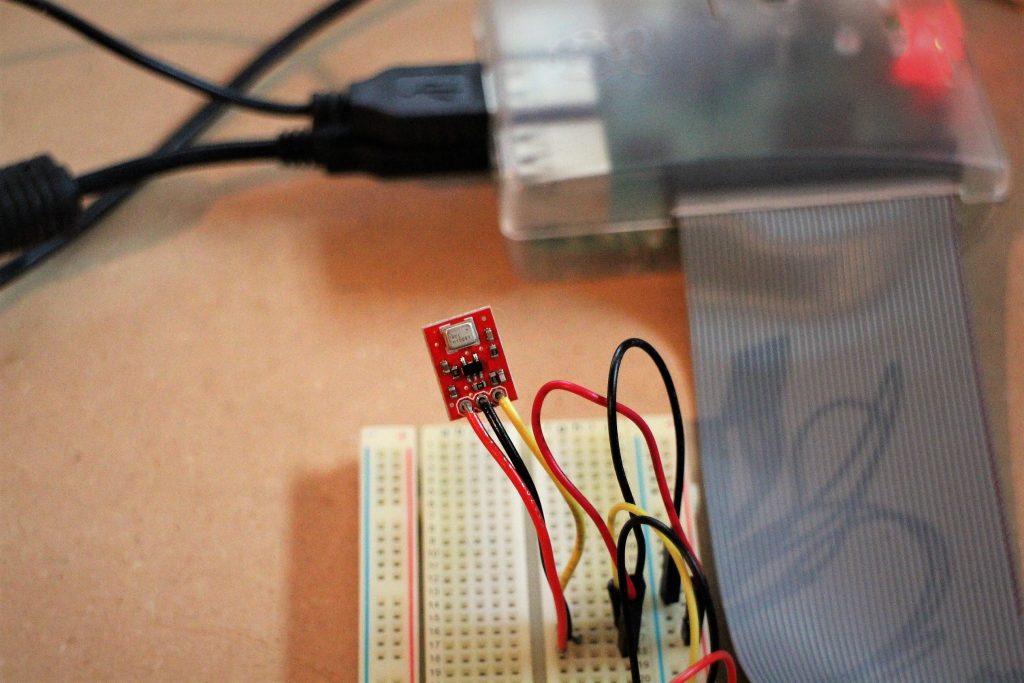 Our goal with the Bark Back is twofold: trigger a playback sound when the dog barks, and send the data to a server where we can check it.

Here’s the ​open-source Python program for this project. Feel free to (and please do) adjust and modify the code

To get the program up and running, you need to fill in two things:

– songList: Write in the file path and file name for each of the songs you want to play.

– creds: Input your CloudMQTT information in this dictionary.

Step 1: Read in the SparkFun MEMS Microphone breakout board.

Read in the ADC value (between 0 and 1023) from the MEMS Microphone breakout board (via the MCP3002) using the SPI library and calculate the signal peak-to-peak amplitude.

For a thorough overview of the MEMS mic, ​check out this tutorial.

First we’ll need songs to play! You can quickly record sounds in GarageBand (or on your smartphone) and send ’em to the Raspberry Pi. In Python, use the subprocess library to call the omxplayer.

In the code, input the file path of the songs you want to play back in the *songList* variable (line 26). The current volume threshold is set to 7 in the main function.

Use the ​Paho Client Python library to communicate with the CloudMQTT servers. To broadly summarize: Set up a Client server; define communication protocols; connect with our credentials (aka creds); and subscribe and publish our data. Most of this is done in the main function (lines 129 – 149, and lines 169 – 174).

To check on received data, go to the “Websocket UI” tab in the CloudMQTT console. 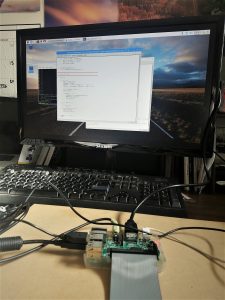 Run the BarkBack.py program in Terminal or in the Python IDE (you can also use SSH to run the program after you’ve already left).

Check that you are getting volume levels in your Websocket UI tab.

Test the system by triggering the mic (clap, yell, bark, etc.) to be sure that the speakers play through all of the sounds.

Once everything is up and running, it’s recommended to solder the components to a PCB (Printed Circuit Board) if you intend to install the system for more than just a few days.

1. Add in an RPi camera module to include video.
2. We’re already connected to the IoT, so why not throw in some more sensors! For example, you could monitor hazardous gases (perhaps methane?).
4. Prefer a reward over barking back? Create an automatic treat dispenser to reward your pet for being quiet for a few hours. Here’s a candy-dispensing tutorial for inspiration and to help get you started.
5. Share your findings and adaptations in the comments below!