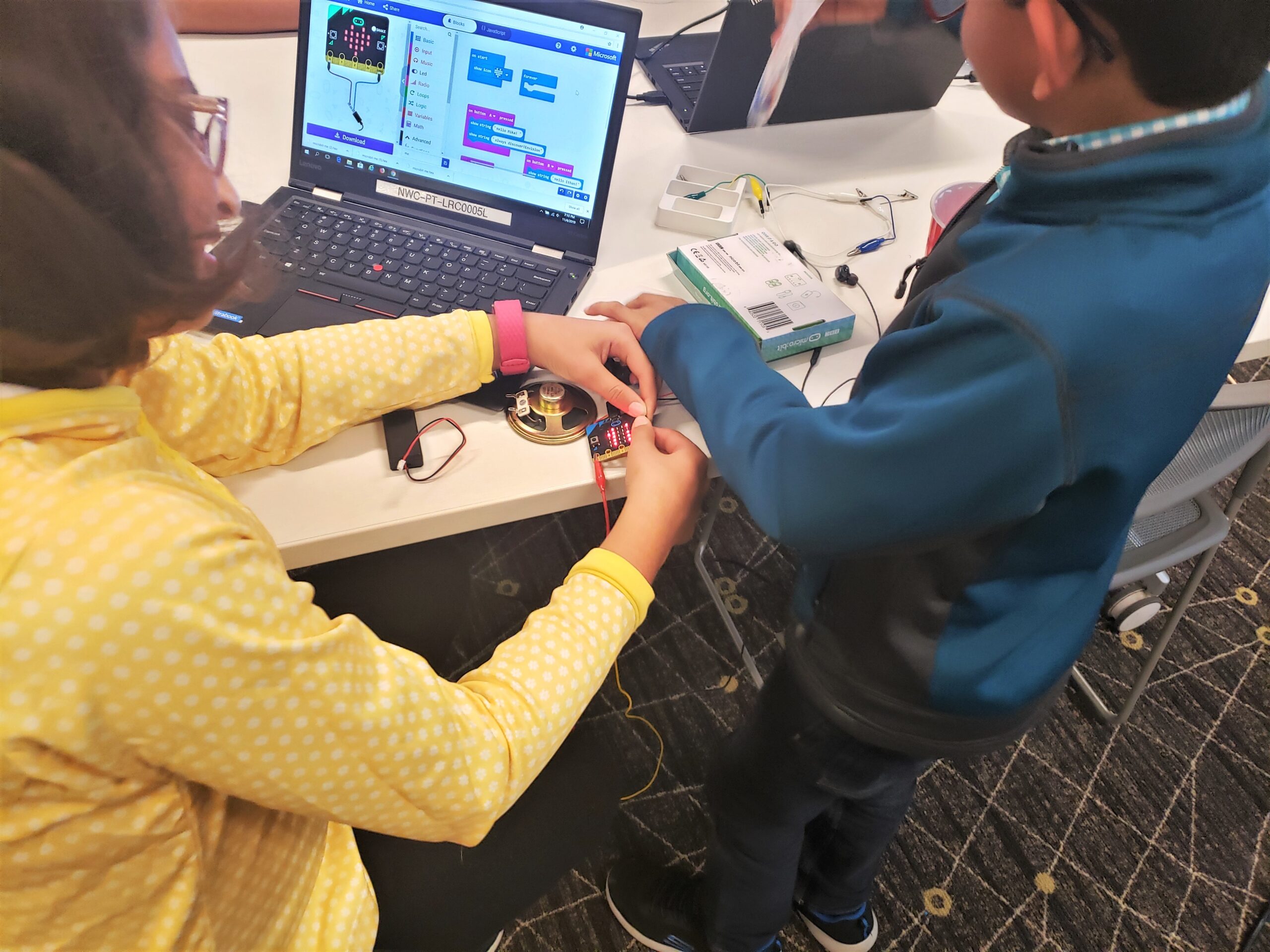 Teaching is HARD. It involves so much: planning and organizing, understanding content well enough to break it down and scaffold and explain in different ways, communication, improvisation, empathy, being able to identify what’s working and what’s not and quickly pivot, debugging  and troubleshooting (both literally with tools/tech and metaphorically with curriculum), motivating, inspiring, and so, so, so much more.

In my decade+ teaching in a variety of classroom settings (pretty much every type of classroom you could imagine), I have learned so many lessons from my students, from peers, and from mentors.

One of the biggest lessons I have learned is how to act with kindness. This is the most effective way to create an environment where every student feels safe and respected. This also extends beyond classrooms and is critical to work environments as well, because in both spaces we must feel comfortable asking questions, learning new things, and collaborating with our peers.

As I’ve written elsewhere, it is important to note that being kind is NOT the same as being nice. Being kind means enacting consequences for inappropriate and harmful behavior like bullying: it is better in the long run for everyone because being a bully prevents one from leading a full and satisfied life filled with joy and love.

Bullying behavior, and really any behavior that hurts others, stems from a lack of self-love. If a person has seen bullying behavior, whether at home or in media, it can be easily implemented for a “quick fix” of self-esteem. This quick fix does not last, and, provided the person is unable to learn other tools for emotional regulation and personal growth, the bullying behavior may become habit. But this is a dead end: bullying behavior does not solve the fundamental problem of low self-esteem, and in fact it continues to bury the root problem deeper and deeper until it can be seemingly impossible to identify and fix without external help.

In living and in teaching, I have seen and been directly involved in many forms of bullying and have witnessed and experienced many approaches to dealing with it. The best, and also hardest, way to deal with bullying is to be kind to everyone involved.

In one classroom where 5th grade students (~ age 10) were learning how to code in Scratch, one of the students was sitting on the floor and reading a newspaper. Because respect cannot be demanded, it is earned, I decided to go check in on this student. So I went and sat on the floor next to them and asked how they were doing and how their day was going. As we were talking, one of the other students nearby looked over and said: “Ignore him, he’s just weird.”

Without missing a beat, I responded: “That’s okay, I’m weird too.”

She paused, then quickly said, “Oh, me too, I’m also weird.”

And that was that. I continued my check-in with the student, in which I learned that they hadn’t gotten much sleep that night and was having a hard time focusing, but was engaged in reading instead of coding, so I let them be. Shortly after, I noticed they sat back in the chair and played around in Scratch, alternating between reading the newspaper and coding for the remainder of the hour-long field trip.

In this brief interaction, I used my authority and power to align myself with the ill-treated student without shaming the other: I subtly shut down the bullying behavior, modeled kindness, and provided an opportunity for redemption.

Does it always go this well? Definitely not. This instantaneous reaction was a culmination of years of training and practice, instances where I failed to react ideally and had to reflect and learn how to do better. And it requires time to have these personal interactions with students, which is very, very difficult when there are more than 20 students in a classroom for less than an hour. And it is not always resolved in one interaction.

It is also very difficult to act with kindness when we are tired or emotionally drained, because it requires a large amount of brainpower and emotional regulation: to first recognize inappropriate behavior, determine the best course of action, and then react within a short amount of time, all while managing our own emotions.

I discovered that learning how to act in kindness requires as much brainpower as it does learning a new, complex mathematics or physics concept. That is to say, if we are drained or tired, we simply are unable to process the complexity of the situation unless we have practiced hundreds of times, carving out those brain pathways so that it becomes more standard reaction and less intense thinking and analyzing and weighing options.

Which means that it is critical for us to practice acting in kindness as frequently as possible. Those small acts of kindness that are seemingly mundane or insignificant, like picking up a piece of trash, stopping for a pedestrian, or holding the door open for others, build up those pathways in our brain that help us to do the right thing without thinking, so that when we are confronted with a complex situation like bullying behavior, we are better equipped to know how to handle it in a way that maintains dignity of everyone involved.

And in these instances, we have a profound and lasting positive impact on others, including witnesses who will be inspired by and learn from  our kind behavior.

There are many opportunities for us to be kind, and every single one of them matters. If not for others, do it for yourself: acting in kindness builds unshakable self-love, for when you know you are a good person, you are confident and comfortable in who you are. And that is true power.

This site uses Akismet to reduce spam. Learn how your comment data is processed.